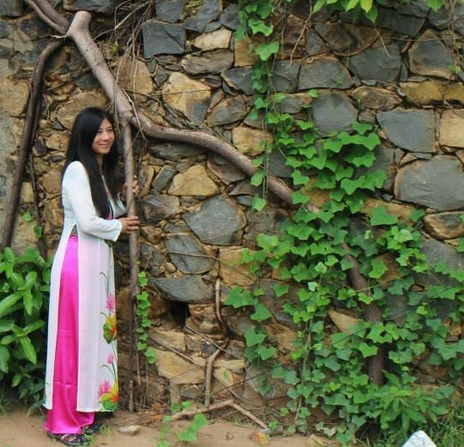 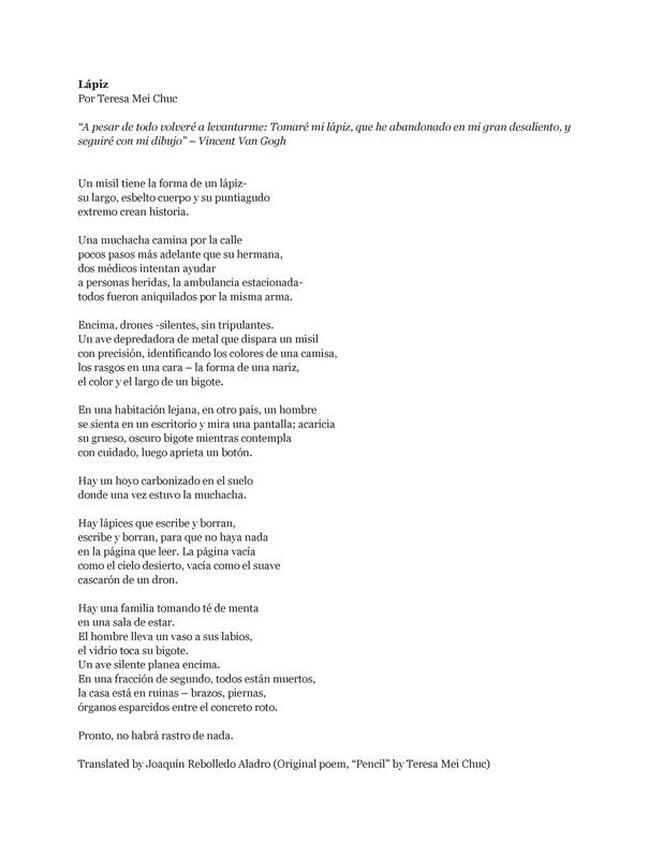 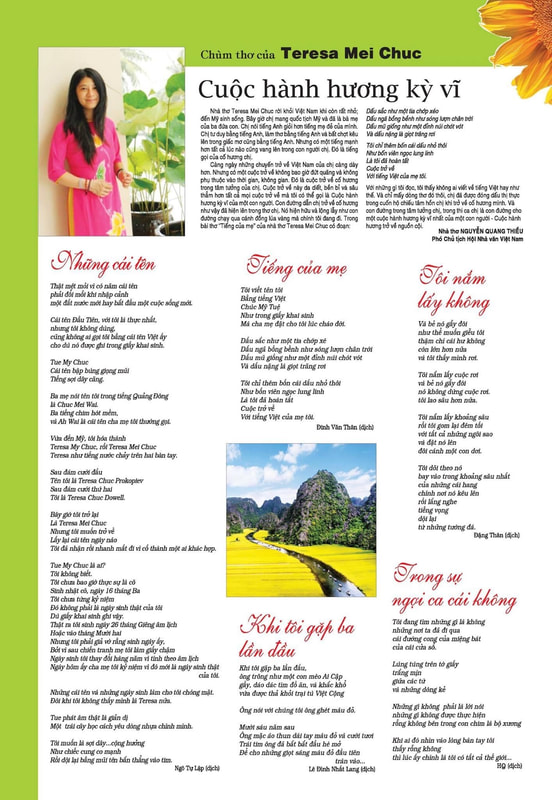 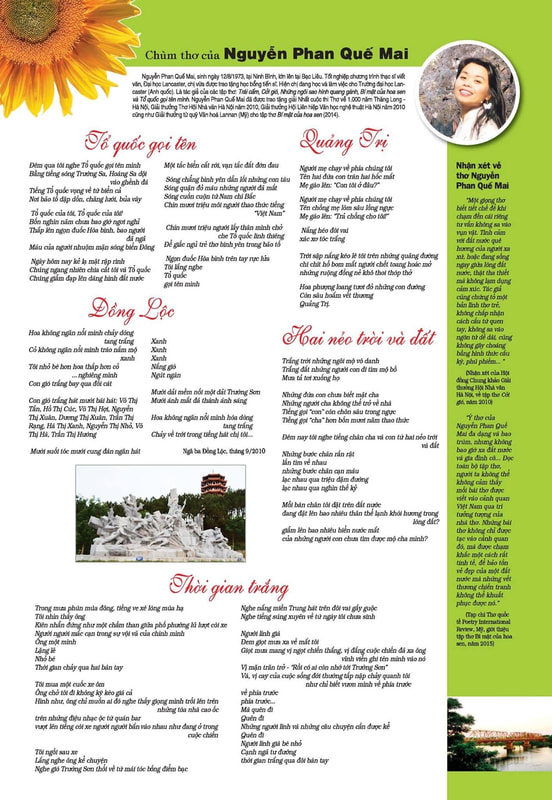 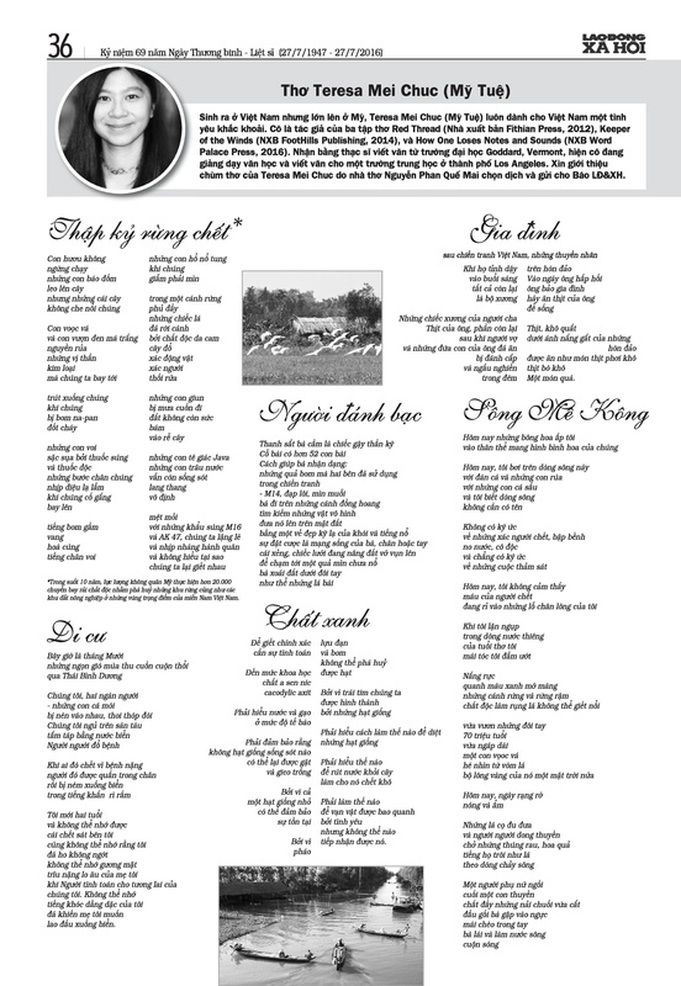 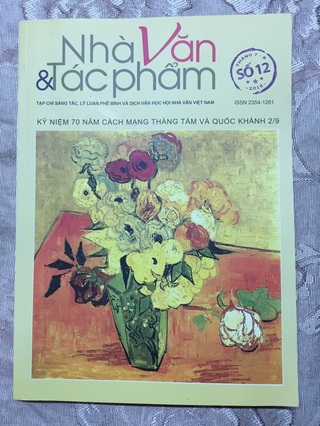 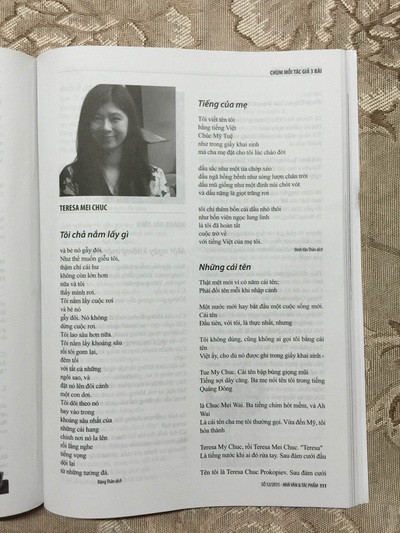 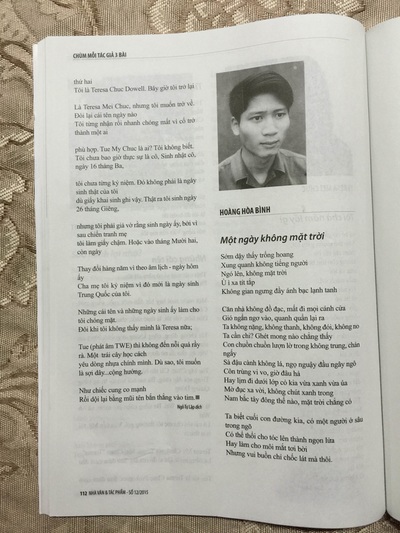 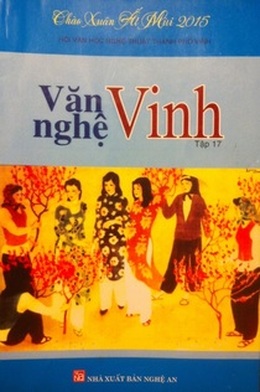 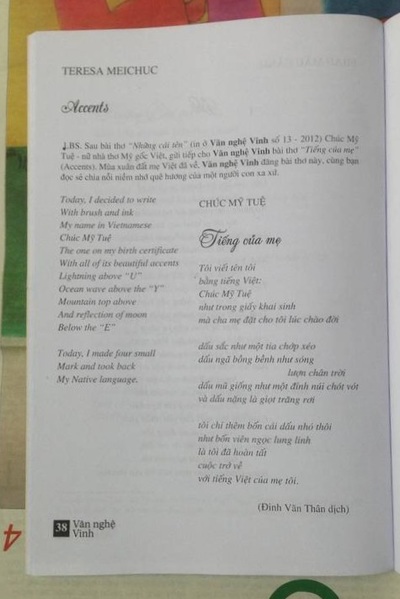 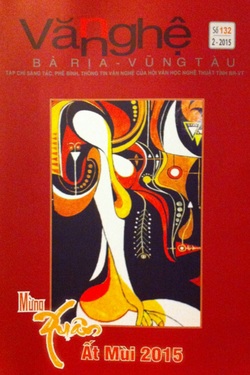 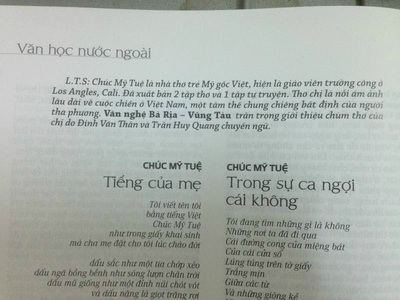 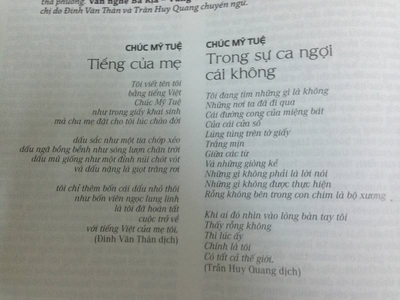 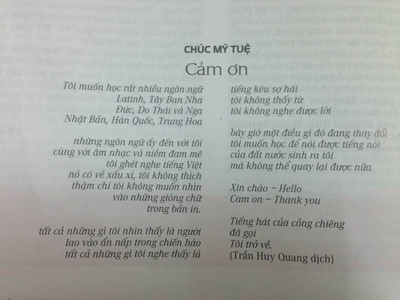 Teresa Mei Chuc's personal essay about her special journey back to her motherland, Vietnam, in Summer 2015 was translated into Vietnamese, "Hàn gắn bằng thơ ca và đồng cảm," and published on July 5, 2015 in print in the newspaper ﻿"Labour and Social" No. 80, ﻿page 6 (Hanoi,Vietnam) as well as in the Internet newspaper "﻿baodansinh.vn﻿"
Five poems by Teresa Mei Chuc (Vietnamese translations) were published in a special issue of "Labour and Social" Newspaper (Hanoi, Vietnam) published in print on July 26, 2015, page 18, with an introduction by Poet Nguyen Quang Thieu, Vice President of the Vietnam Writers Association. To read Teresa's poems in the issue, please click here. Teresa's poems and introduction by Poet Nguyen Quang Thieu also appear in the online newspaper "baodansinh.vn". Please click this link to read them online http://baodansinh.vn/tho-teresa-chuc-my-tue-cuoc-hanh-huong-ky-vi-d13463.html

Deepest gratitude to editor Nguyễn Thành Phong for publishing the poems and to Poet Nguyen Quang Thieu for the introduction.

Poet Nguyen Quang Thieu was the first Vietnamese poet that I ever read about five years ago when I was studying for my master's degree. Nguyen Quang Thieu's beautiful language and heart-moving imagery of the landscape of my motherland and the story of its people in his poetry book, THE WOMEN CARRY RIVER WATER, translated by Nguyen Quang Thieu and Martha Collins, had a huge impact on me.

I am profoundly honored and grateful that my poems are introduced in my motherland, Vietnam, by the first Vietnamese poet I ever read and whom I greatly admire. My heart is warmed beyond words.
Czech
"When I First Saw Daddy" was translated into Czech by poet Milena Oda Laska. Please click here to read the translation.
﻿Japanese﻿
Teresa Mei Chuc's poem, "Cockroaches," was translated into Japanese by poet Mariko Kitakubo.
Please click here to read the translation.
Five poems by Teresa Mei Chuc, "Cockroaches," "When I First Saw Daddy," "Grandma (A Hologram)," "The Road," and "Ocean in a Conch Shell," were translated into Japanese by brilliant Japanese Tanka Poet, Mariko Kitakubo. 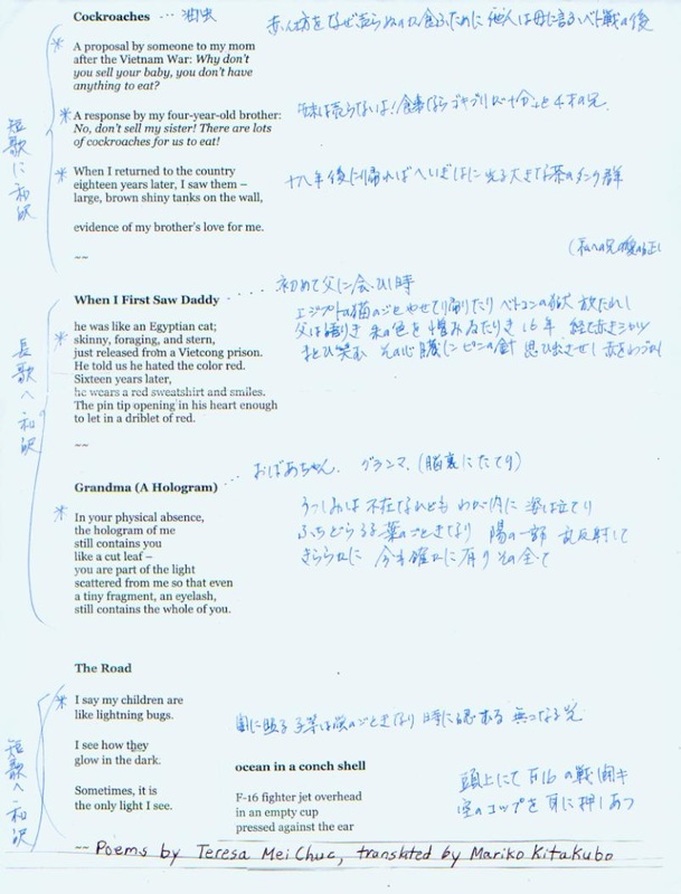 Spanish
"I Took Nothing" by Teresa Mei Chuc, a poem written in the original English, was translated into Spanish by  ﻿Eduardo Yagüe﻿ for The Festival in Gijón (March 19, 20 and 21 in 2015) in Spain - "Deletréame poesía."
Read the Spanish translation of the poem here.