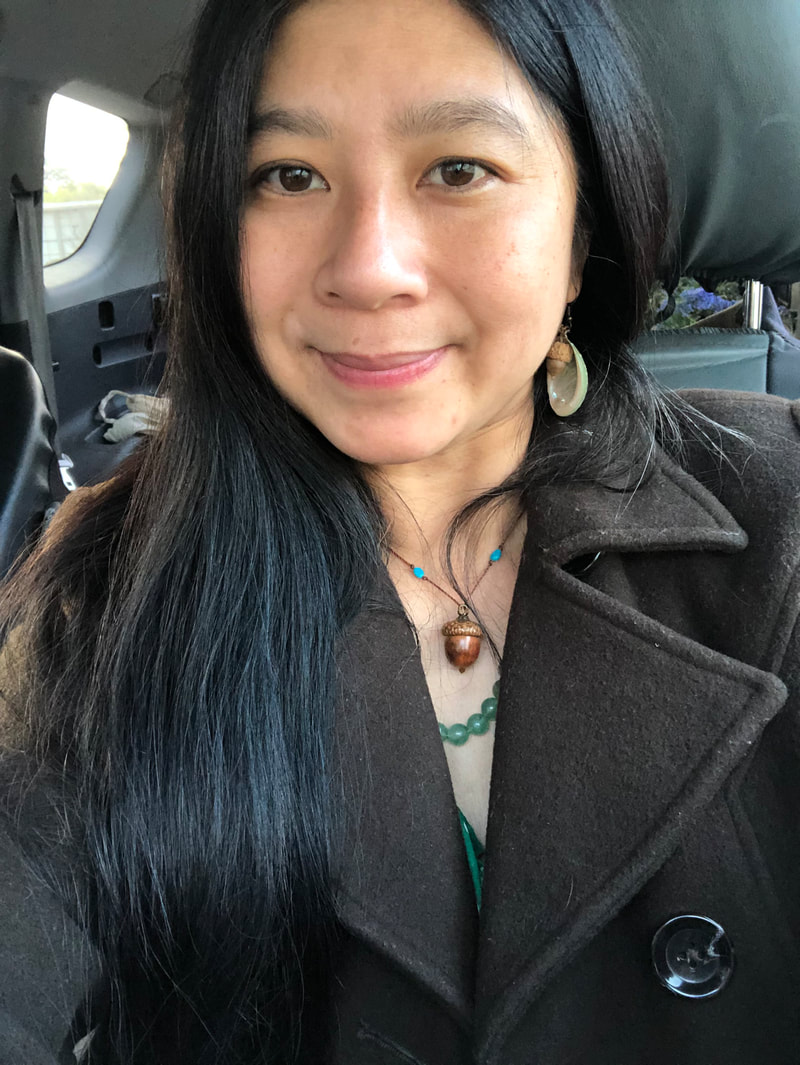 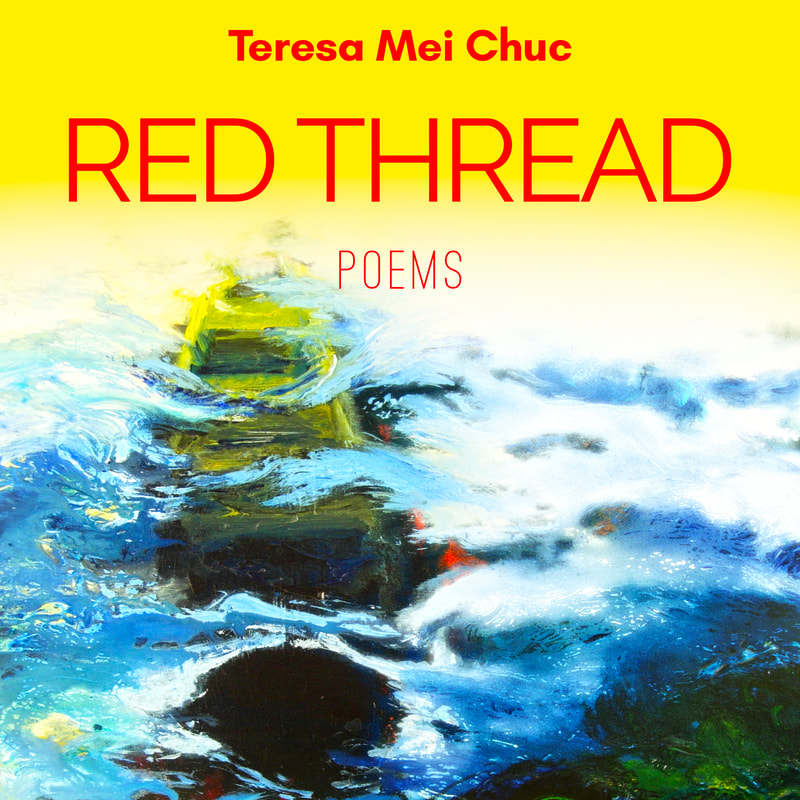 To listen to the audiobook for Red Thread: Poems for free, go to
https://soundcloud.com/user-207787259/sets/red-thread-poems-by-teresa-mei
This audiobook was recorded by Joseph Paz Dominguez at Mycorrhiza Studios in Alhambra, California.

Teresa Mei Chuc will be participating in LitFest Pasadena 2021 and sharing her poetry virtually as part of the Pasadena Rose Poets.

Teresa reads her poems, "Agent Blue" and "Photosynthesis," beginning at 3:50:46 in the video of the virtual event.
https://www.facebook.com/LitFestPasadena/videos/467780937646578/
http://litfestpasadena.org/schedule/ 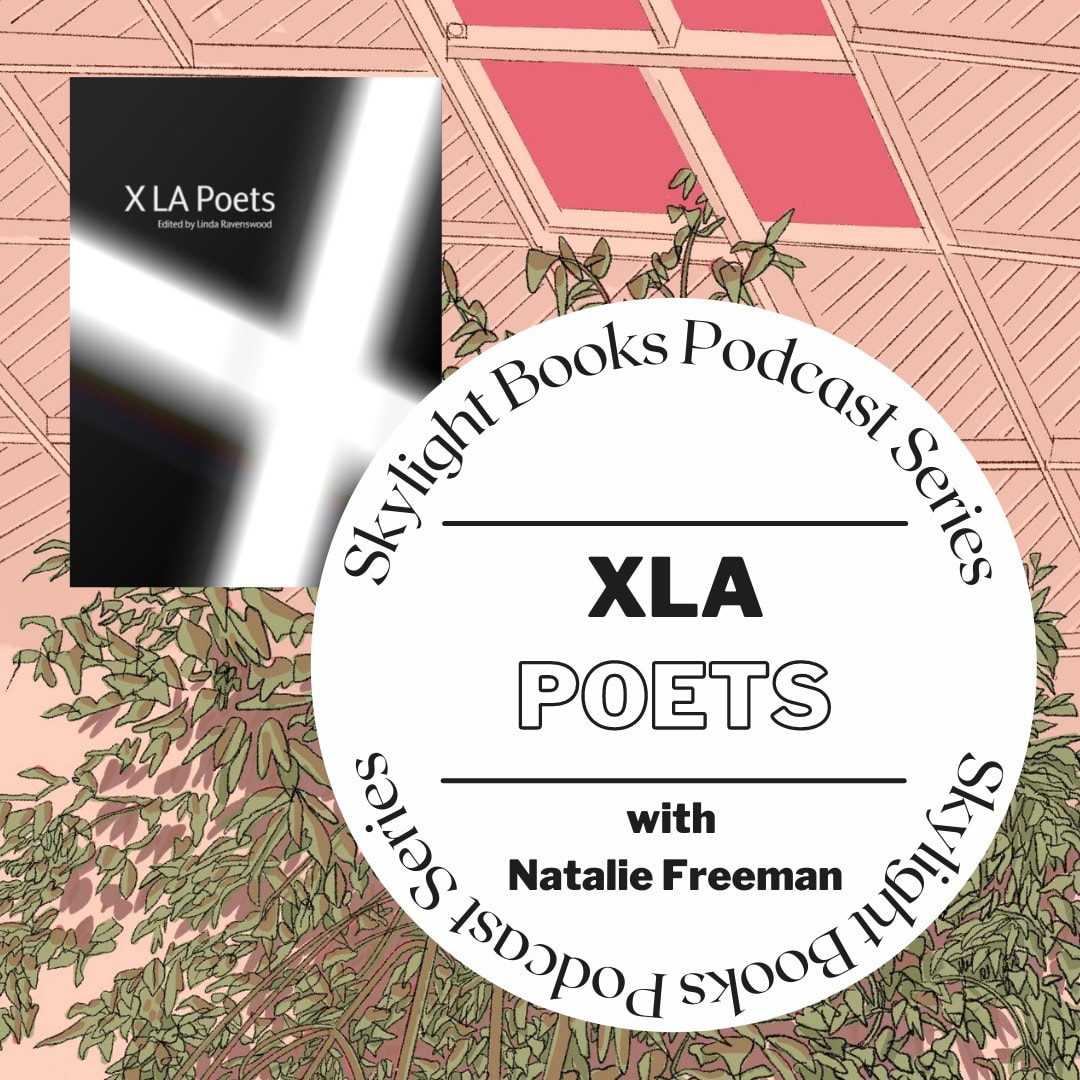 Honored that Los Angeles Poet Laureate Lynne Thompson will be reading my poem, "Agent Blue," on Poems on Air Podcasts to kick off Asian American voices in May! ​

​
Teresa Mei Chuc, Featured Poetry Reading with Open Mic on Tues., Sept. 8, 2020 at 7 p.m. on Zoom, Poets in Play sponsored by The ARTS Council of the Southern Finger Lakes in New York and Poets & Writers. (recording started five minutes or so into the reading)

A creative expression of our efforts in striving to be stewards of the earth, community and regeneration. Music by groakers Jo Dominguez and Ninjosh. Teresa Mei Chuc on bass guitar. Produced by Jo Paz @mycorrhiza_studios

​i admire this sheep

its intestines wound
up, catgut

violinists playing
on this string, organ
stripped and twisted
once in the stomach
of a sheep
warm and surrounded
by the pumping
of blood

and the beautiful
music it makes

i am thinking of
my body

what part
could make
such sounds

my heart
perhaps
the way it
beats on a
page

my leg bones
for drumming

my hair
what sound
could my hair
make?
not strong enough
to be strung
on a bow

This poem is based on a true story of Teresa and her brother after the American war in Vietnam.
​COCKROACHES

A proposal by someone to my mom
after the Vietnam war: Why don’t
you sell your baby, you don’t have
anything to eat?

A response by my four-year-old brother:
No, don’t sell my sister! There are lots
of cockroaches for us to eat!

When I returned to the country
eighteen years later, I saw them--
large, brown shiny tanks on the wall,
​
evidence of my brother’s love for me.

we feature poet/publisher and educator

Chuc was born in Saigon and immigrated to the US under political asylum
with her mother and brother after the Vietnam war. She is a graduate of Goddard
College and is author of two full-length collections of poetry, Red Thread and
Keeper of the Winds. Her most recent collection, and what we'll be
discussing, is a chapbook called How One Loses Notes and Sounds. This beautiful
and powerful collection continues Chuc's exploration of the lasting legacy of
the Vietnam war for her and her family. 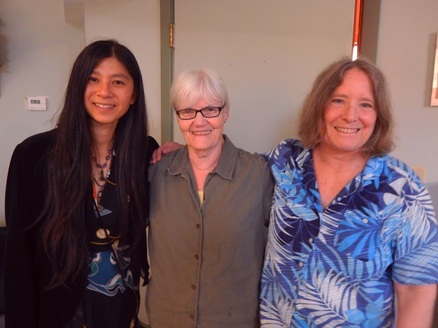 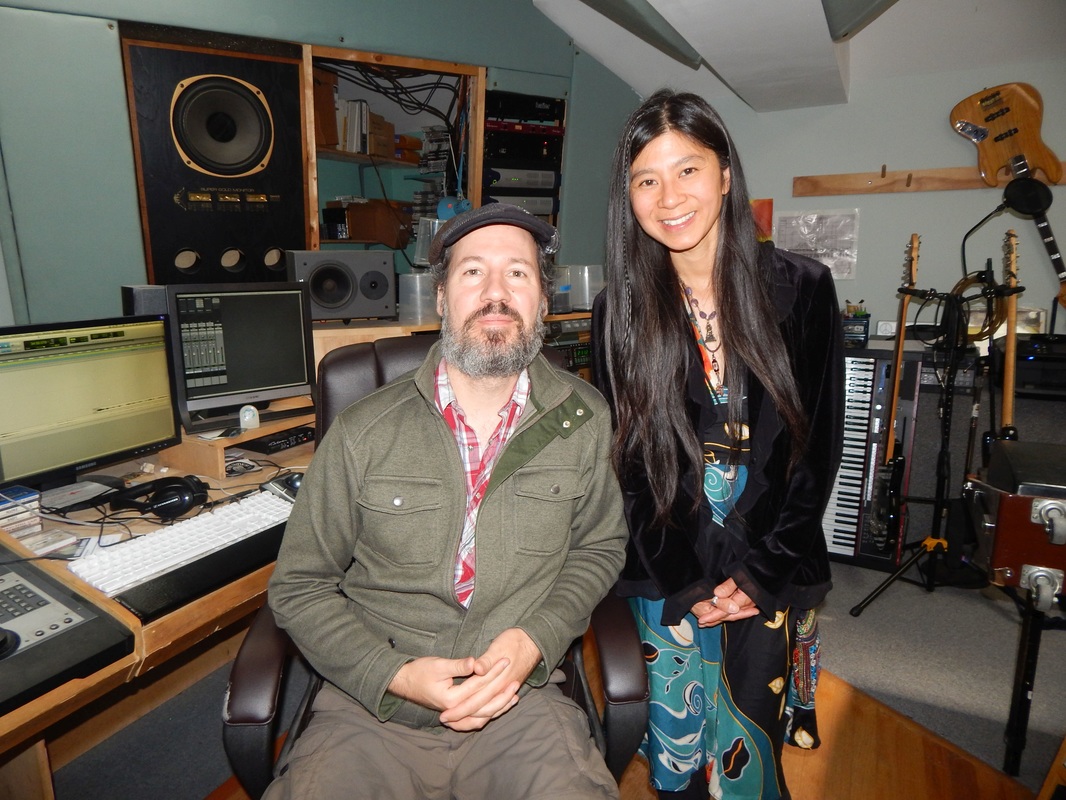 Sound Engineer Nate and Teresa Mei Chuc at the radio station in Ithaca, NY recording for the show Out of Bounds.

Sound Engineer Nate and Teresa Mei Chuc at the radio station in Ithaca, NY recording for the show Out of Bounds. 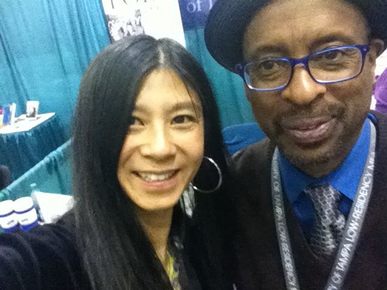 ​tricycle: The Buddhist Review
features Teresa Mei Chuc's poems
and her talk on the connection between the creative process
and Buddhism for National Poetry Month
​April 11, 2016 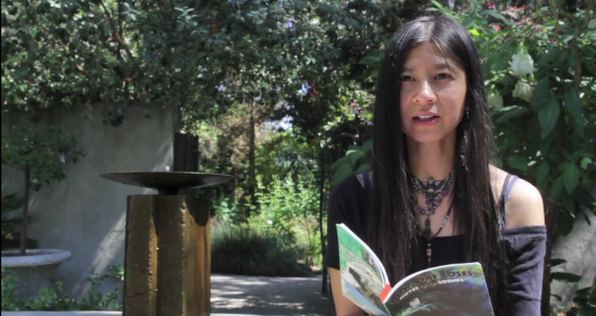 ​
Teresa Mei Chuc's poem, "Agent Blue," is the featured
Poem of the Month for the month of October 2015​
at the Sunland-Tujunga Branch Library Bookstore
in Sunland-Tujunga, California 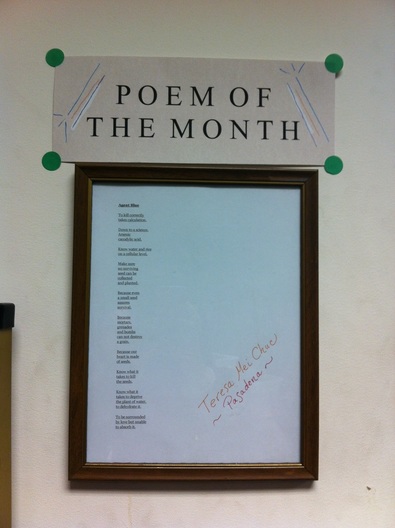 Five poems by Teresa Mei Chuc were translated into Japanese.

Five poems by Teresa Mei Chuc, "Cockroaches," "When I First Saw Daddy," "Grandma (A Hologram)," "The Road," and "Ocean in a Conch Shell," were translated into Japanese by brilliant Japanese Tanka Poet, Mariko Kitakubo.


Listen to the poems in Japanese:


"I took nothing'' was selected for showing with other Poetry Films in the city of Gijon, Spain
by filmmaker ﻿Eduardo Yagüe﻿. The Festival in Gijón (March 19, 20 and 21) is called "Deletréame poesía."


"I took nothing" was selected to be presented in FILE Video Art, part of FILE 2015 -
Electronic Language International Festival. The exhibition was held from June 15 to July 19
at Fiesp Cultural Center - Ruth Cardoso, located at Paulista Avenue, 1313, Sao Paulo, Brazil. 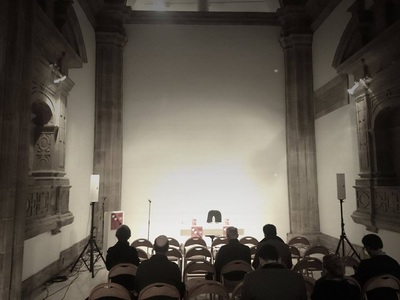 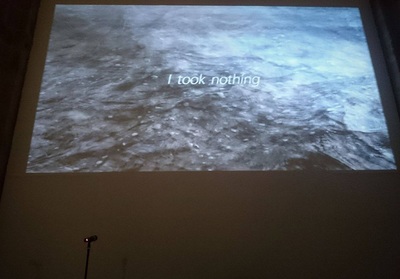 Teresa Mei Chuc reads her poetry
at Beyond Baroque in Venice, California
on December 20, 2014

June 23rd, 2014. Host Dennis Morton reads poems from issues #43 and #44 of Rattle magazine,
including the poem "I Took Nothing" by Teresa Mei Chuc (Rattle #44).
The show also features selections from a CD of Hayden Carruth reading his own poetry.
The CD is titled Hayden Carruth: A Listener's Guide (Copper Canyon Listener's Guides).

Featured poets Teresa Mei Chuc, Elijah Imlay and music duo Ergo Canto. The poems, stories and songs performed are available for viewing on http://www.hcam.tv/wakeup2014 as well as local cable television. The programs can also be accessed on any cable station via Pegmedia through your local cable station director.
Please click this link for a video recording of Teresa Mei Chuc reading poems
from her poetry collections Red Thread and Keeper of the Winds
on June 21, 2014, Wake Up and Smell the Poetry:
http://www.hcam.tv/wakeup2014

Teresa Mei Chuc reads her translation from the Russian of "Giraffe" by Nikolai Gumilev at the open mic portion of the Rattle Reading Series at the Flintridge Bookstore, June 2, 2013.

The poem first appeared in the Spring 2013 issue of Aldus Journal of Translation:
http://www.theartmovement.info/aldus/

Teresa Mei Chuc reads "Playground" from issue #36 of Rattle and another poem, "Eternity in Gaza."
(click on play button to listen)
_
On Sunday, January 15th, Rattle held a reading for issue #36 at the Church in Ocean Park, in Santa Monica, CA. Eight poets from the issue read samples of their work. (Click on the link below to hear the reading.):

Sandra Alcosser is author of Except by Nature (Greywolf Press, 1988) and A Fish to Feed All Hunger (University of Virginia Press, 1986). She is Montana's first poet laureate and currently teaches in the graduate programs of San Diego State and Pacific University.

Karen An-hwei Lee is author of Ardor (Tupelo Press, 2008) and In Medias Res (Sarabande Books, 2004). She is the recipient of the Kathryn A. Morton Prize and the Norma Farber First Book Award.